A hot documentary about Broadway superstar Lin-Manuel Miranda’s early days in improv hip-hop. A moving new release about the country’s first African American high school rowing team. An Oscar-winning short film about racial tensions in a small town. A first-year film festival in the Washington, DC suburbs is coming out swinging with a juicy slate of standouts and up-and-comers.

A film festival with vineyard drive-in and streaming options

The Loudoun Arts Film Festival, presented by Artistic Fuel in partnership with the Loudoun Arts Council and 50 West Vineyards, kicks off online this week, with in-person drive-in screenings starting Thursday, Sept. 10. The festival’s hybrid model lets film lovers choose between catching new releases from the comfort of their cars or tuning into some truly innovative virtual content from the couch. Drive-in screenings run Sept. 10-13 and Sept. 17-19 at 50 West Winery and Vineyards near Middleburg, Virginia.

‘Too Gritty to Say No’

The film festival in historic Loudoun County, Virginia, known around the region as DC’s wine country, was just getting off the ground earlier this year when COVID hit. Organizers considered letting go and starting over next year. But as co-founder and Festival Director Kaeley Boyle put it, the creative team behind the festival was “too gritty to say no.”

“We were faced with a tough decision,” Boyle said. “We had already lined up an ambitious schedule for a first-year festival, and then along came COVID. But we decided to make it work. What we now realize is we have access to a broader audience this way.”

LAFF gives film lovers around the DC region access to award-winning and rising-star filmmakers. Highlights include the festival’s opening night centerpiece: Memphis-born, New York-based director Lanie Zipoy’s “The Subject.” The film follows a successful white documentary filmmaker as he deals with the fallout from his last film, which caught the murder of a Black teen on tape. While he shoots a new documentary series, he finds himself at the other end of the camera as someone films his every move.

“‘The Subject’ does what all great art is supposed to, start a conversation and make you think,” Boyle said. “It offers a layered look at the art of filmmaking, the artist’s role in telling the pertinent stories of today and how our perceptions change the way we react and see situations around us.”

LAFF’s closing night on Saturday, Sept. 19, is expected to draw crowds with Andrew Fried’s new documentary “We Are Freestyle Love Supreme.” The film follows “Hamilton” creator Lin-Manuel Miranda’s improvisational hip-hop group Freestyle Love Supreme from its early days in 2005 to a reunion in 2019. The film premiered at the Sundance Film Festival earlier this year and was released on Hulu last month.

“I fell in love with ‘We Are Freestyle Love Supreme’ at Sundance and was desperate to have it in the fest,” said LAFF’s Creative Director Wendy Keeling. “I am so grateful that Hulu is allowing us to share it in our drive-in.”

The Loudoun Arts Film Festival was born over a beer in the historic — and increasingly hip — Northern Virginia town of Leesburg. Boyle owns a gallery (The Fine Gallery) in Leesburg’s bustling downtown. She met festival co-founder Owen Palmiotti, a Leesburg-based novelist and filmmaker, through friends in the local arts scene. Over drinks at a downtown pub, the two artists decided that Leesburg needed a film festival to highlight its burgeoning cultural offerings.

Boyle and Palmiotti had initially planned screenings in a historic theater-turned-music venue on Leesburg’s main drag. Then COVID hit. With support from Leesburg-based Artistic Fuel and the non-profit Loudoun Arts Council, the organizers decided to move forward with the fest. But like festival directors around the world, they had to figure out a new format.

The co-founders brought in Keeling, a film festival veteran, actor, director and producer, as creative director. As submissions poured in, Keeling began screening madly from her Florida home while Boyle and Palmiotti scrambled to work out logistics in Virginia. The answer to some creative prayers came from rural Northern Virginia’s booming winery scene. 50 West Vineyards, in a gorgeous setting at the foothills of the Blue Ridge Mountains, offered everything you could want in a socially distanced screening location: great scenery, plenty of parking for drive-in viewing — and Virginia wine.

“It was kismet,” said Diane Canney, who owns 50 West and another vineyard in rural Loudoun with her husband Mike. Canney, an artist and avid arts supporter, will unveil her own new project, the COVID-19 U.S. Honor Quilt at the winery during the second weekend of the festival.

From Chicago to Chernobyl

Beyond the marquee opening and closing night selections, LAFF offers a rich mix of shorts and feature films from the regional to the international. Thursday, Sept. 17 is Virginia Night at the fest, featuring top regional and local films. The centerpiece is Richmond-born director Paul Awad’s  “A Savage Nature,” a thriller about a lonely waitress desperate to escape her small Virginia town and repair her troubled marriage to her Afghanistan vet husband.

For Palmiotti, drive-in highlights include Mary Mazzio’s new documentary “A Most Beautiful Thing,” the story of the first African American high school rowing team in the country from Manley High School on Chicago’s West Side. The film, narrated by the Grammy-winning R&B artist Common, runs Friday, Sept. 11 at the drive-in screening.

“It just pulls at all the heart strings,” Palmiotti said.

Palmiotti was also wowed by Michael R. Mazur’s “fantastic” documentary short “Shot Down.” The film tells the story of American B-17 pilot Howard Snyder, who was shot down by German fighter in 1944, rescued by members of the Belgian Underground and went on to fight with the French Resistance. The film is based on the bestselling book “Shot Down” by Snyder’s son, Steve Snyder.

LAFF’s virtual programming starts today, Aug. 27 and includes three weeks of innovative content on demand. The virtual opening includes the world premiere of “How to Stop a Recurring Dream,” a British narrative feature that tells the story of a sister who kidnaps her younger sibling when faced with a split custody break-up. The film will be available for screening on demand through Sept. 3.

For Keeling, Svetlana Cvetko’s “Show Me What You Got” is a “must-watch” on the online slate. The 2019 black and white film exploring the sexual, creative and emotional lives of three 20-somethings, is winning acting and cinematography awards around the festival circuit. It’s available on demand from LAFF from Aug. 28 through Sept. 4.

Online highlights also include “Be Natural: The Untold Story of Alice Guy-Blache,” Pamela B. Green’s documentary about the world’s first female filmmaker. Lothar Herzog’s “1986,” the story of a student in Belarus whose illegal family business forces her to drive repeatedly into the forbidden zone of Chernobyl, is another online attention-grabber.

Film lovers can also tap into short film blocks for just about any audience, along with virtual filmmaker happy hours and Q&A sessions. So whether you want to catch innovative filmmaking under the stars or in your living room, the festival circuit’s new kid on the block has you covered. 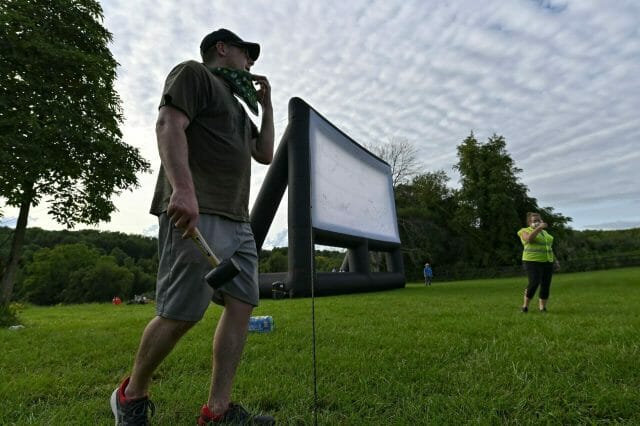 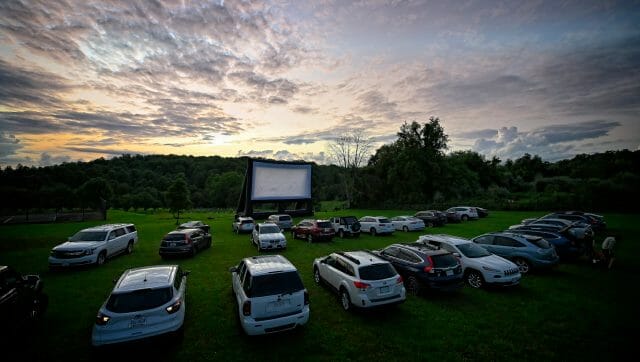