Creative placemaking is all about using the power of art and culture to create more vibrant and livable communities. It’s about bringing people together to reimagine the places they live, work, and play.

Whether you’re a community leader, an artist, or just someone who cares about making your community a better place, there’s a role for you in creative placemaking.

What is Creative Placemaking?

Creative placemaking is a community development approach that uses arts and culture as a tool for revitalization. It is based on the belief that the arts can play a key role in catalyzing positive change in communities. Creative placemaking projects often involve the transformation of underutilized or vacant spaces into vibrant community hubs. These projects can help to revitalize neighborhoods, attract new businesses, and foster a sense of pride and ownership among residents.

Creative placemaking is the process of using the built environment to create places that are attractive, livable, and economically viable. It is a way to revitalize communities by making them more attractive to residents and businesses.

Creative placemaking can be used to improve the quality of life in a community and to encourage economic development. One of the most important aspects of creative placemaking is the involvement of the community. Community involvement ensures that the project meets the needs and wants of the people who will be using the space. It also helps to build support for the project and to create a sense of ownership.

Another important aspect of creative placemaking is the use of public spaces. Public art can be used to brighten up a community and to make it more interesting and inviting. It can also be used to tell the story of the community and to reflect its values. Creative placemaking is a powerful tool for revitalizing communities. It can help to improve the quality of life for residents and to encourage economic development. When done correctly, it can transform a community and make it a more enjoyable place to live.

One of the most successful examples of creative placemaking is the transformation of the South Bronx in New York City. In the 1970s, the South Bronx was plagued by crime, poverty, and urban decay. However, in recent years, the area has undergone a renaissance thanks to the efforts of community members and organizations who have used the arts to revitalize the area. The South Bronx is now home to several world-renowned cultural institutions, including the Bronx Museum of the Arts and the Bronx Zoo.

Creative placemaking is an effective way to revitalize communities and promote economic development. It also helps to build social cohesion and a sense of pride among residents.

If you are interested in starting a creative placemaking project in your community, there are a few things to keep in mind. First, it is important to consult with local stakeholders to get a sense of what type of project would be most beneficial for the community. Second, you will need to secure funding for your project. And finally, you will need to assemble a team of dedicated individuals who are passionate about making a difference in their community.

The National Endowment for the Arts is a major supporter of creative placemaking, providing grants to organizations and individuals working to improve their communities through the arts. Creative placemaking is about more than just putting up murals or sculptures. It’s about using the arts to engage people and create a sense of place. It can be used to revitalize a neighborhood, attract new businesses, and improve the quality of life.

The National Endowment for the Arts is a major supporter of creative placemaking, providing grants to organizations and individuals working to improve their communities through the arts.

The NEA has awarded over $62 million in creative placemaking grants since 2010. These grants have gone to support projects in all 50 states, Puerto Rico, and Washington, DC. Projects include public art installations, arts-based economic development initiatives, and community arts programs. Creative placemaking is a powerful tool for community transformation. With the support of the National Endowment for the Arts, communities across the country are using the arts to build healthier, more vibrant places.

Los Angeles is one of the world’s art meccas, where all creative expressions—from film to theater to visual arts—are celebrated. But, there’s a powerful support… 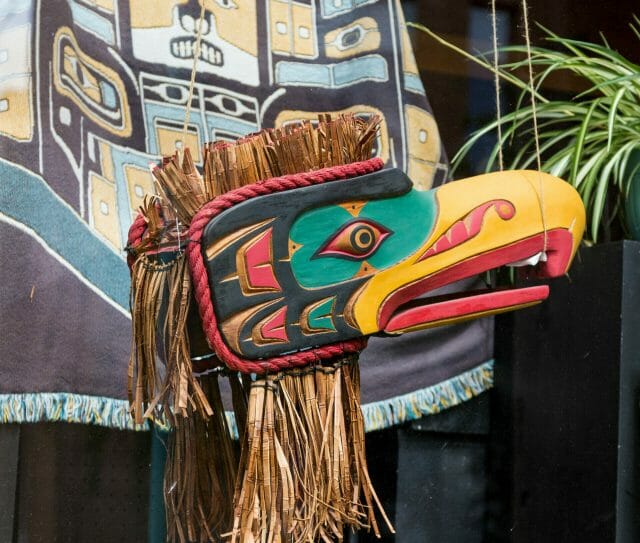 Art that explores the Rocky Mountain’s history, culture and environment In Donna Tartt’s novel The Goldfinch, one character describes artwork as “a waystation where time…