In the heart of San Francisco’s Mission District, Clarion Alley is a larger-than-life brick and mortar canvas that draws artists from around the world. Clarion Alley launched in 1992 six local artists. They endeavored to use their talent to protest human rights violations and political abuse in Central American countries.

Clarion Alley: ‘where culture and dignity speak louder than the rules of private property’

Each mural in the block-long alley is unique. Mexican-born artist Chuy Campusano created the first mural in 1994. It still exists since Campusano’s passing in 1997.

A canvas for diverse artists and causes

Clarion Alley Mural Project (CAMP), an artist collective formed in 1992, and manages who creates murals in the alleyway.

Many walls are “owned” by artists. They may choose to rotate their murals periodically or maintain their original work. As artists move away or leave the CAMP project, the organization chooses another artist to paint a new mural and assume ownership of the wall. Other walls have “temporary exhibit” status for a new or visiting artist to showcase a mural for a several months or up to a year.

Artists have the freedom to express their personal causes and beliefs in the way they choose.

Clarion Alley has a goal of “using public art as a force for those who are marginalized and a place where culture and dignity speak louder than the rules of private property or a lifestyle that puts profit before compassion, respect, and social justice.”

A visual push for equality

As one San Francisco resident puts it, the murals “express a lot about what’s happening in the world.”

Another resident views the alley as a way for people to “express realities that are occurring all around us.”

An avenue to support art beyond San Francisco

The project is more than its painted walls.

Its purpose is to “foster discussions, understanding, and action on critical social/political issues facing our global and local communities today using art as a point of departure.”

At the conclusion of the program, which runs through the end of 2020, CAMP and the Asian Art Museum will publish a 250-page bilingual book with essays and photographs from participants and cultural critics.

Social and political injustice may never be eradicated, but CAMP and its thriving community of artists do their part to speak out—one city wall at a time. 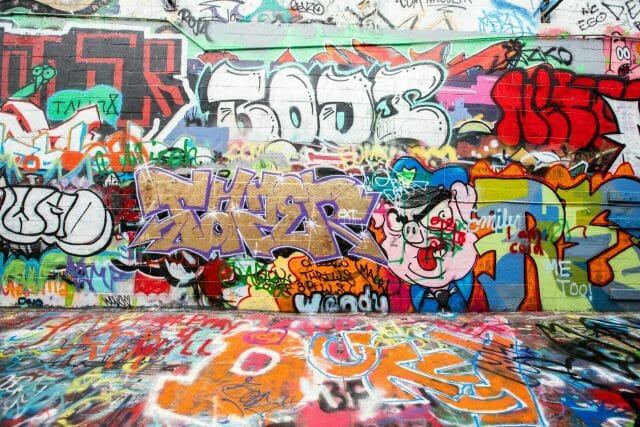 A stroll or drive through the 46-square-mile city brings visitors and residents face to face with a slew of public art. This includes art inspired…

Incentive program beautifies a shuttered city while giving Las Vegas artists a needed boost They say that in tough times, the resilient turn lemons into…

Clarion Alley in San Francisco is a Haven for Artistic Activism