Unlike corporately owned chain theaters, indie movie theaters preserve a hip, vintage flair that blends effortlessly into the niche vibe that emanates out of every pore in Portland’s culture. The common thread among the city’s independent theaters is a line up of films that moviegoers won’t find at the big-box theaters. These small theater’s curated movie experience include second-run films, quote-along nights, short films and special screenings of old favorites.

Here are just a few of the many indie theaters in Portland that are well worth a stop for a bucket of popcorn and a memorable movie experience.

The Academy Theater, opened in 1948, was once a jewel in the heart of Portland’s Montavilla neighborhood. Falling into disrepair, the theater closed in the 1970s, but was carefully restored to its former glory and reopened in 2006.

With a film experience that is far from antiquated, the theater boasts three screens with 2K projection and digital surround sound.

You’ll want to be sure to come hungry. The concessions stand draws almost as many visitors as the films. On offer are favorite local dishes, including pizza from Flying Pie, and a wide selection of beer and wine.

And no need to worry about booking a sitter. The Academy offers on-site babysitting at $9.50 per hour.

The Roseway Theater, restored and reopened in 2008, offers a large, 300-person theater with authentic art-deco furnishings and a dazzling marquee.

Owner Greg Wood managed to preserve the old-school charm of an indie movie theater with the modern comforts of legroom and plush seating.

Originally known as The Palm, the CineMagic Theater opened in 1914. It is one of the first indie movie theaters on the West Coast. Over the last eleven decades, the theater has changed names several times. Current owner Chuck Nakvasil, dubbed it CineMagic.

This neighborhood favorite strives to stay “cheap and simple.” The goal, to preserve the authentic theater experience of days gone by. While CineMagic doesn’t serve food, they have an impressive tap list of craft and traditional beers. Of course to go with a bucket of hot, movie theater popcorn.

The Bagdad Theater boasts plenty of old-school charm. It’s known for its oversized chair seats, grand colonnade, and Middle Eastern decor. It opened in 1927 as the city’s largest theater and has hosted several notable premiers over the decades.

Guests love the “chair-side service” at the Bagdad, for those who want to order food off of its expansive pub menu. The theater is also famous for its spin on traditional movie popcorn, with a variety of toppings and flavors.

Priding itself on its reputation as a gathering place for friends, the Bagdad offers an attached bar with pool, shuffleboard, and other games.

The century-old Avalon Theatre is nestled in Portland’s popular Belmont neighborhood. Committed to making movies an accessible experience for everyone, the theater charges just $3.50 per ticket. Most importantly, it offers a rotation of family-friendly films and second-run blockbusters. 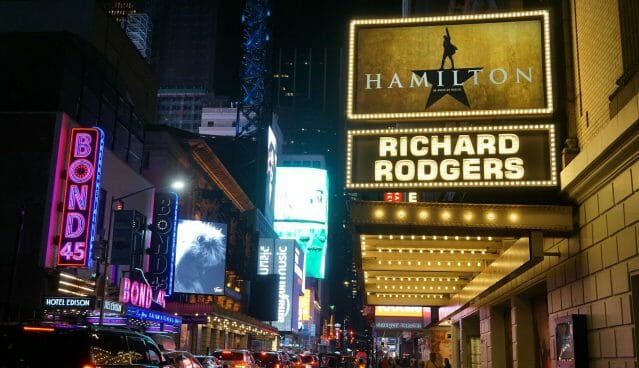 The stage and the big screen offer different challenges; some of our favorite Hollywood stars have mastered both “All the world’s a stage, and all…

The Theatre Royal (known currently as the Drury Lane Theatre) opened on this day in London’s Covent Garden district in 1663. The current structure is…

The Blue Fox drive-in theater is a disappearing phenomenon in the United States. While so many likely remember going out to the local video store…

In 1973, Hazel Robinson and her husband John had been living in Asheville and raising their four children since 1957. Hazel had been involved with…