Recognize these female artists? If you don’t know ’em, you should

Female artists have been kept from gallery shows, museums and the history books. Here at Artistic Fuel, we want to take a moment to celebrate these powerhouse women. From painters, sculptors and photographers to video, performance and installation artists — here’s a list of the most influential female artists of the last hundred years.

This would be one hell of a dinner party. (See what I did there?)

One of the founding members of “Black Mountain College”, Anni Albers helped shape the landscape of our current interdisciplinary art world. In 1949 Albers became the first textile artist to have a solo show at MOMA.

You either love her or hate her. Marina Abramovic is a divisive figure in the art world – but you can’t argue her role in performance art history.

Laurie Anderson does a little bit of everything. She’s a composer, musician, visual artist and film director. Anderson combines performance, pop music and visual imagery to set the stage for unforgettable artwork.

Janine Antoni’s work spans – performance, photography and sculpture. Antoni uses her body as both a tool to sculpt and as the subject of her work.

Lynda Benglis came to prominence during the 1960’s with sculptures that defied the perceived characteristics of their material. When abstract art was at its height – she took to process art and minimalism to tell her story.

No list of influential female artists would be complete without, Louise Bourgeois. Bourgeois is best known for her large scale sculpture and installations. Her work delves into themes surrounding domesticity, family, sexuality and death. She’s also known for throwing a killer salon.

Judy Chicago is best known for her work shown above, Dinner Party, which is largely recognized as the first monumental installation of feminist artwork. The piece consists of 39 place-settings on a triangular table (48ft each side) set for mythical and historical women.

Mona Hatoum is a multi-media artist who explores politics, gender and the confines of domestic space.

One of the most well known artists of the 20th century, much of Kahlo’s work can be linked back to a horrible bus accident in 1925. During her time bedridden, Kahlo took to painting to pass the time.

Elaine De Kooning was one of the early participants in the Abstract Expressionist movement. Her presidential portrait of JFK hangs in the National Portrait Gallery in Washington DC.

Marlene Dumas works in a range of media with most of the imagery defined as poraiture. Dumas’s portraits aren’t traditional, but rather meant to capture an emotional state of mind.

Janet Echelman is the foremost public artist in the world. Her work, often the size of skyscrapers, reshapes urban airspace and responds to environmental forces.

Tracey Emin is a conceptual artist that works in a range of media. Her work, My Bed, took the contents of her bed, sheets, rug, side table and other materials (after a particularly bad break up) and decided it was art. Emin packed it up, and showed it at the Tuner Prize exhibition in 1999.

Helen Frankenthaler is the queen of abstract expressionism.

The Guerilla Girls is an anonymous group of female artists whose work is aimed at calling out the hypocrisy of the art world establishment.

B. 1961 in Freiburg im Breisgau, Germany

Ann Hamilton’s works are site responsive and performative in nature – working with common materials and implicating the viewer in the art. Hamilton’s ephemeral, immersive works address communities of labor.

Barbara Hepworth is a modernist sculptor that gained notoriety for her pierced sculptures which aimed to achieve a balance between space and form.

Eva Hesse created sculptural installations composed of textiles, latex, and fiberglass. Hesse is one of the founders of the post-minimalism era, she rejected the common standard within her era to do with form and spatial relations. Hesse died at 34 from a brain tumor – thought to be linked to her use of hazardous materials in her studio.

Jenny Holzer is a neo-conceptual artist whose work focuses on the delivery of words and ideas in public spaces.

Lee Krasner was a abstraction expressionist artist who had a strong affinity for collage in her work. Krasner would cut up old paintings and combine them back together in new and more interesting configurations.

Barbara Kruger is a conceptual artist and collagist. Kruger’s work pulls from her background as a graphic designer. Her bold work includes strong typeface, striking color and imagery to engage the viewer in a political conversation.

Yayoi Kusama addresses themes surrounding mental health, gender and sexuality. When she came to America in the 1958 during the height of abstract expressionism she turned instead to performance – pushing the boundaries of what female artists could create. Years later, worrying about her own mental health, Kusama returned to Japan and checked into a mental health facility – where she has lived since. Kusama’s six decade long career has developed her into arguably the most influential artist of the 20th and 21st century.

Zoe Leonard is a photographer and sculptor working primarily within the themes of gender, sexuality, loss and displacement.

Maya Lin is a sculptor and land work artist whose art addresses landscape and the environment. Lin’s work try’s to find a balance in landscape – a respect for nature rather than a dominance of it.

Georgia O’Keefe is the mother of American Modernism. In 1977, she received the National Medal of Freedom, the highest civilian award.

Yoko Ono is a conceptual artists and member of the fluxus group in the 60’s and 70’s. Ono is most known in the visual arts as a performance artist and filmmaker. Her work is often political in nature and uses the viewer as a participant in the completion of her work.

Judy Pfaff is known for her installation art and sculptures. Her works are intricate and expansive. Pfaff uses non traditional materials to create a web of color, line and form that is dizzying and just plain stunning.

Bridget Riley is the mother of “op art” or optical illusion art. Her work is sensational in its effect on the viewer – creating a sense of unease.

Mika Rottenberg is a surrealist video and installation artist whose work explores the link between the female body and production mechanisms.

Jenny Saville’s large scale figural paintings challenge the depiction of the female nude in artwork and brought figure based artwork into the contemporary conversation.

Miriam Schapiro was a painter, sculptor and printmaker whose work blurred lines between fine art and craft.

Carolee Schneeman was multimedia artists whose work addressed topics surrounding the body, sexuality and gender. Schneeman started her career as a painter but became disinterested in the work being created by her male counterparts, she turned to performance based artwork.

Cindy Sherman is a photographer that uses makeup and costuming to create a myriad of personas that question our perception of self, wealth and identity. Almost all of Sherman’s work is self portraiture.

Kiki Smith is a multi-media artist whose work spans topics from birth and regeneration, Aids and gender to the human condition and its relationship to nature.

Jessica Stockholder is a sculpture and installation artist whose work questions the distinctions between – sculpture, painting and the environment.

Sarah Sze grew up in a family of architects – and you can tell when you look at her work. Sze addresses technology and informations role in contemporary society through sculpture and installation.

Diana Thater is a video and installation artist who addresses the environment, extinction and our relationship to it through immersive video installations.

Mickalene Thomas is a painter and collagist whose mixed media paintings address issues of femininity, race, and beauty.

Kara Walker is painter, printmaker, installation and video artist – who explores race, gender, sexuality, violence, and identity in her work.

Francesca Woodman was a shooting star. The artist died from suicide at only 22. Woodman’s photographs are iconic and pushed every boundary to do with the role of photography as a medium.

Andrea Zittel is a sculptor, installation and social practice artist whose work questions our notions of society in relationship to architecture, space and home.

Today’s Google Doodle is special not only for the art world but particularly for women everywhere. The Doodle shows a cartoon version of English sculptor… 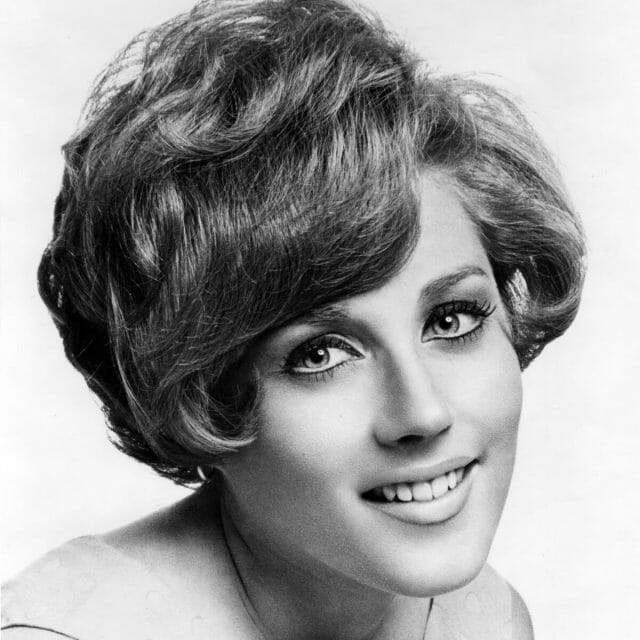 Lesley Gore was a pop singer best known for her 1963 hit “It’s My Party”, which she recorded at the age of 16.

The 50 Most Influential Female Artists of the Past 100 years