The French capital is a city of art, culture, and history. It’s also the home to some of the world’s most famous museums, including the Louvre, Musée d’Orsay, Centre Pompidou, and more. The city has been at the forefront of artistic experiences for centuries, from Impressionism to Cubism, Dadaism to Surrealism.

The best way to experience this rich cultural heritage is by visiting one or more galleries and museums scattered throughout the city. Here we take you on an artistic tour of Paris, highlighting its top 10 museums and galleries.

Even though the disastrous fire destroyed the cathedral’s central spire, much of the structure was saved and preserved. And the Notre Dame Cathedral remains one of the finest examples of Gothic architecture worldwide. This masterpiece of medieval craftsmanship is a sight to behold, especially with its impressive scale: the eye travels far up into the interior, reaching the roof almost as high as the exterior walls.

Walk through the eerie Catacombs

Underneath the streets of Paris lie a 200-mile labyrinth called ‘The Empire of Death.’ The catacombs contain the most extensive collection of Christian sarcophagi in the world. More than 20,000 people were buried here between the 1st and 16th centuries, and even today, the bones of more than 50,000 others remain entombed inside.

The colorful and varied artwork and sculptures adorning the Opéra de Paris Garnier are a delightful reminder of 19th-century French society. It’s an absolute must-see if you ever visit France!

The charming Le Marais district is quintessentially Parisian – full of lively parks and art galleries steeped in the aroma of cafes and bakeries. You can spend hours just wandering around the cobbled streets and admiring the beautiful buildings.

Its bright neon lights protrude from the streets, making it impossible for you to miss this concert hall. It is the largest cinema in Europe. It has everything inside, including decorations from classic fairy tales, water features, and even a few surprises. But when the show starts, it gets artistic!

Culturespaces, an organization specializing in the immersive artistic experience, has just launched its first space in France. Located near the Arc de Triomphe, this unique museum offers visitors a chance to explore the creative process behind some of the world‘s most iconic works of art.

Since it opened in Paris in 2018, L’Atelier des Lumières has taken thousands of visitors into the digital remastering of great painters such as Van Gogh, Monet, and Dalí. And from now until January 2, 2023, it welcomes the Provençal sunshine and reveals the colors of Paul Cézanne’s paintings.

This former railway station is now a museum dedicated to the work of impressionist artists. Its collections include paintings by Monet, Degas, Renoir, Cezanne, Van Gogh, and Gauguin.

One of the oldest botanical gardens in the world, Jardin des Plantes, is located in the heart of the Latin Quarter. It contains two large greenhouses, a herbarium, an arboretum, and a zoo.

Built in 1707, Palais Royal is considered to be the birthplace of modern French cuisine. Today, it houses various restaurants, bars, shops, and boutiques.

Monet’s paintings to life at Giverny

Just outside of Paris, there’s the small village of Giverny, where you can visit the house where Claude Monet lived and worked. Today, visit the colorful gardens and lakes he painted so long ago.

When you go to see his house and studio, you’ll be motivated to take a paintbrush and an easel with you when you leave. It’s essential for artistic experiences, and you’ll surely recognize that famous Japanese bridge.

The Eiffel Tower was inaugurated in Paris on this day in 1889. Named for French civil engineer Gustave Eiffel, the “dame de fer,” or Iron Lady,… 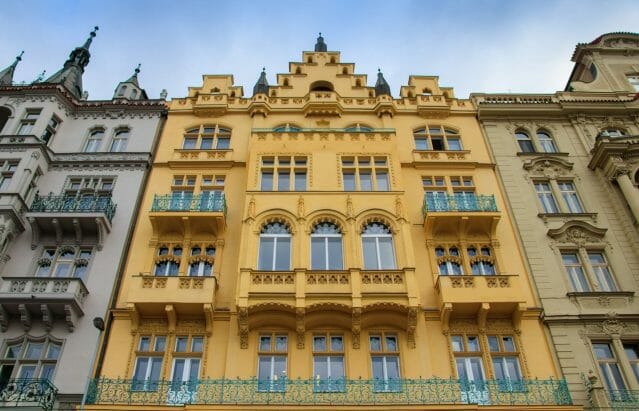