The Tianjin Binhai Library opened in 2017. It is located in the city of Tianjin in mainland China. It was created in collaboration between Dutch architectural design firm, MVRDV and the Tianjin Urban Planning and Design Institute (TUPDI). The building is an anchor point, which is part of a macro masterplan to create a culture district for the city.

The unique design features an oval entrance with a spherical orb at its center and a cascading series of 3-dimensional bookshelves that encircle the exterior walls of the space. Furthermore, the book shelves resemble terraces and captures the imagination with its stark white on white, brightly lit interior.

The more than two dozen layers of terraces don’t fully contain books, but rather perforated aluminum plates printed to represent books. Hence, there exists the illusion of books on each terrace. There are actual shelves of books within arms reach and the building is an official library.

Nicknamed ‘The Eye’ for obvious reasons

“The Eye is the center of the library. It ‘hollows out’ the building and creates, out of bookshelves, an environment to sit, to read, to hang out, to climb and to access, to create an organic social space. In its heart is the auditorium which mirrors the environment, giving a 360-degree panorama of the space inside; a truly reflective and pensive environment.”

The architectural project occurred in just three years from first sketch to opening, which his a record pace for MVRDV. One reason for the speed of construction came from a design change. The upper shelves of the library do not contain books, because local planners eliminated access rooms behind the atrium. However, such development is possible in the future.

Regardless the Tianjin Binhai Library designed by MVRDV is a visually stunning design that smacks of the future in a rapidly evolving China.

It’s not easy to earn the designation as a City of Literature, an honor bestowed by the United Nations Educational, Scientific and Cultural Organization on…

Circle around your digital device to hear celebrities read during virtual storytime With schools and libraries closed across the country, it’s getting trickier to keep… 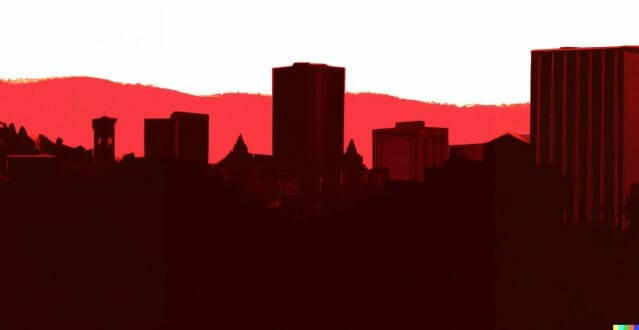